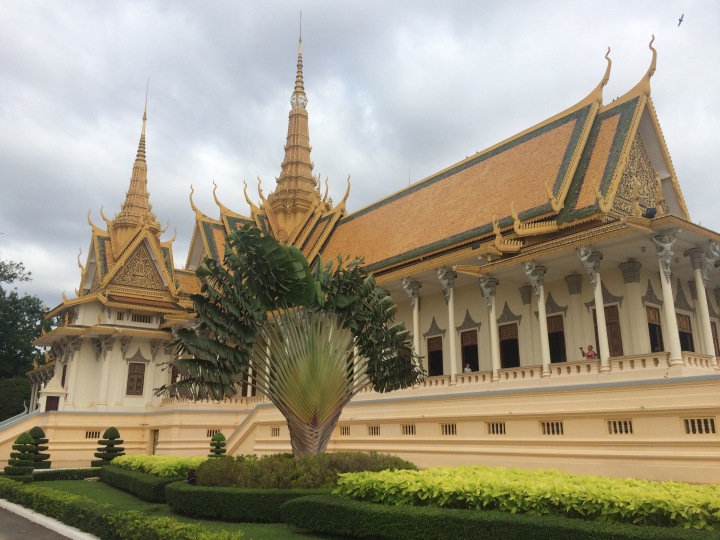 This was a rest day today, to visit Phnom Penh. We saw a few historical sites, and I did a tour of the city center, plus had a massage! 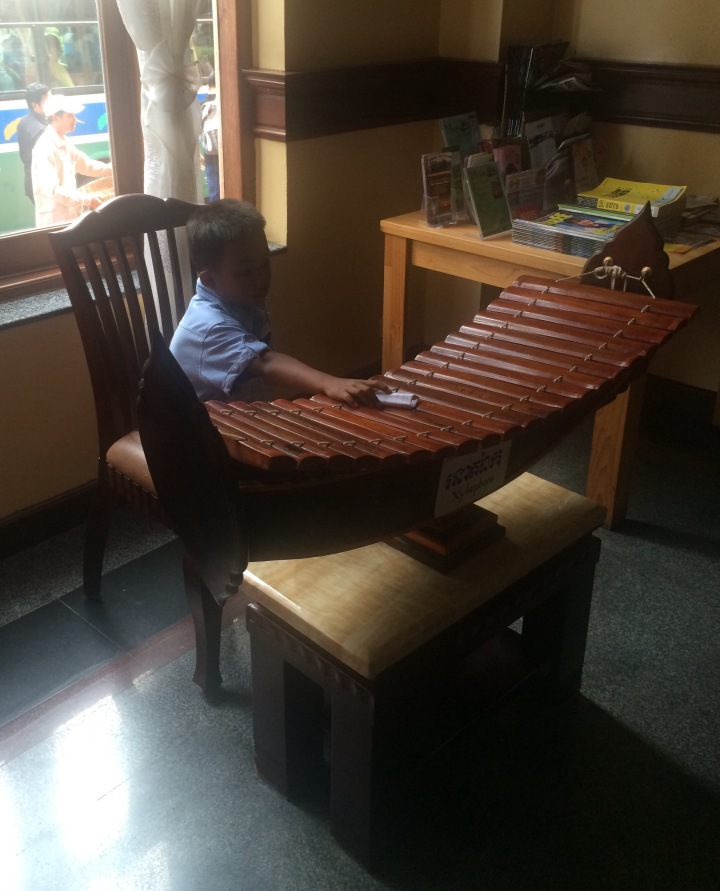 This day of rest was really welcome : my legs were starting to accumulate fatigue after five days of cycling, sometimes in tough conditions. It was a good break and will help doing the second part of the trip, from the capital to the coast!

The team planned a few visits, and some free time. We first went to visit the royal palace, very close to the center. It is a large group of city blocks, with closed streets, high walls, and impressive buildings. The roofs especially are striking, with several layers, as in Japanese temples for instance. The whole palace atmosphere is soothing, with the perfume of trees and flowered in the air. We entered the silver pagoda, with a floor of pure silver (although oddly covered with a carpet), and lots of gold or silver Buddha statues, one of them weighing 90kgs, as the guide was happy to repeat.

The second visit was a lot grimmer : we went south of the city, to the Choeung Ek killing fields. This is where the Khmer Rouge regime disposed of about 9000 people, in mass graves, after killing them bluntly on the site. Touring the site was unsettling enough, especially the tree where they were smashing the babies before throwing them in a dedicated pit. A commemorative building regroups a few remains, with the various methods used for killing with simple tools or pikes. When it comes to mass killings, the imagination has no limit. 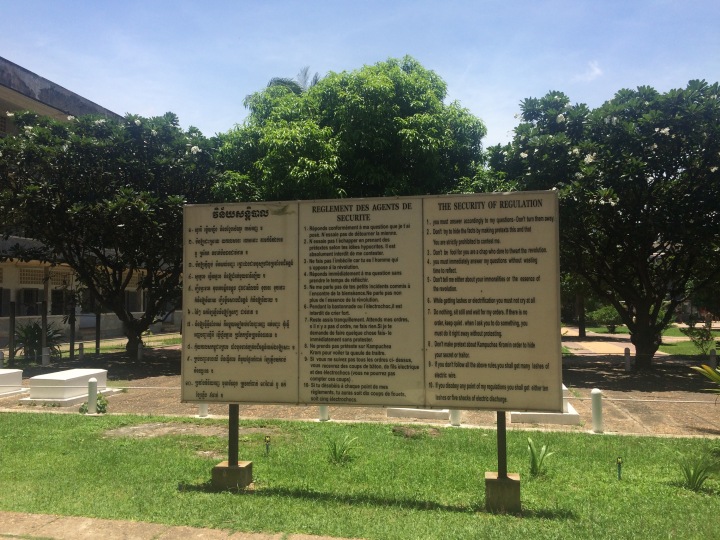 We went back to the city for the third visit : the camp S21. It was a school transformed by the Khmer Rouge into a prison and an interrogation site. Torture was also routinely performed here. Whenever the prisoners were of no use anymore, or already dead, they were sent to Choeung Ek. The school buildings were very roughly transformed into large or small cells, used by various types of prisoners. Very few people survived the place, and two of them remain here during visits, as living memories. It’s particularly grim to choose a school to turn into a torture center, but the Khmer Rouge did not care a lot about details.

After such a troubling set of visits. We were set free (so to speak). I had a quick rest and went to visit the town by myself, doing a large 8 around the hotel north and south. Hong Kong is the only other Asian city that I know, but I felt right at home, with the bustling and chaotic traffic, cars parked everywhere, small shops and bars, and the smell of fish, meat, vegetable and garbage all mixed together. The open air market by the hotel was particularly vivid and reminded me of the visits I did in HK 15 years ago. I came back along the river, already very wide at this stage – and the city is still far from the sea! To conclude the day I had a great massage (without the happy ending), should have done that before.

So, while I was mostly resting or visiting, I was thinking about a point that’s been troubling me for long. Can you fall in love after a long time, like a few months ? Is there not a timeframe, where you should have made the jump already ? As in my case the fall happens pretty fast, it is an unusual thought that it could take such a long time. 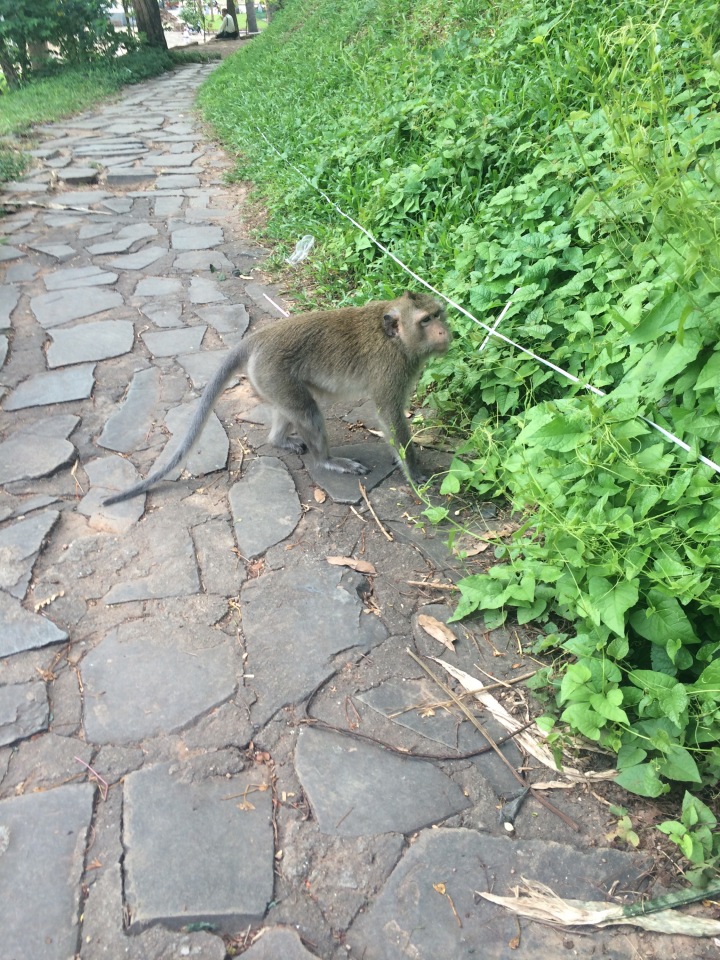 However, apparently, it can work like that : a few months, even a year, before the mind lets go of the reins, and takes the dive, with the heart guiding him into the pool. As I have no personal experience in such a situation, I can only speculate. I suppose that, if a long burgeoning period is necessary, it is because the person has a lot of barriers to overpass – or, more precisely, the other person has to pass all these barriers! 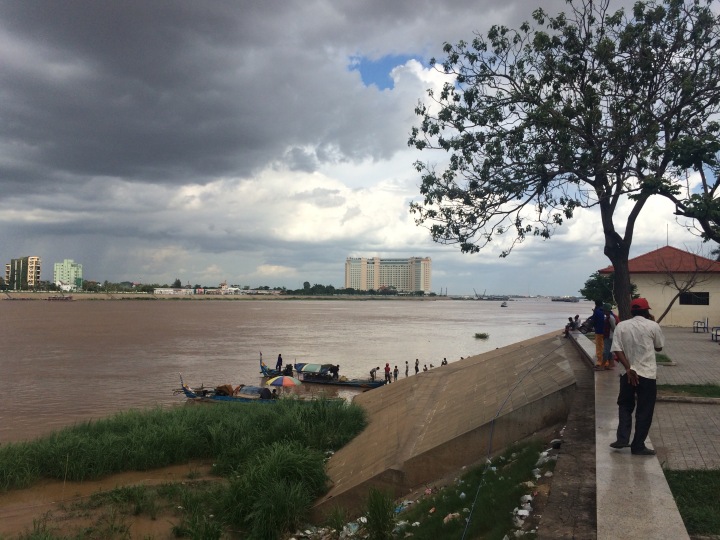 After more (a lot more) thinking about the current situation, I can also speculate, with a high level of certainty, that this is linked to a strong need of reassurance. Some people seem to request that many if not all their concerns be addressed and discussed, and even lifted, when sometimes they are not entirely into the other person control. When you have a number of layers of protection for your heart, and they all need to be peeled off, it can take a long time. But patience and resolve are my cardinal virtues 🙂